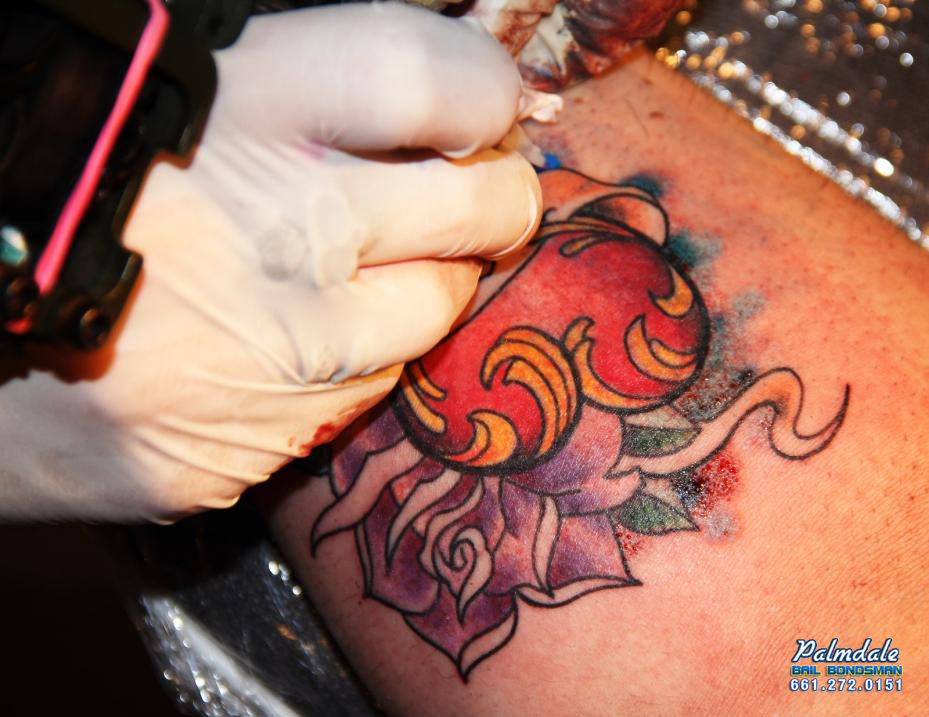 T
attoos are becoming more widely accepted in our culture. They are awesome pieces of art that can be used to express ourselves or look radically cool. Once you get one tattoo, you’ll either be okay with just one, or you’ll be hooked for life. For some reason tattoos seem to become addicting, perhaps it’s due to their ability to let a person permanently showcase a part of themselves.

Once you’re hooked, you’ll be hunting down the best tattoo shops, and looking for the best deals out there. You might be tempted to go to a cheaper artist, or even be tempted to go to your friend’s acquaintance’s cousin who has a tattoo machine in his closet. It may seem like a good idea, but it isn’t. You want the real tattoo artist who has a Masters in art. After all, this tattoo will be on your skin for life. Better make sure it’s a good one.

While you’re itching to get a new tattoo, the law may have caught up to you. Those traffic fines that you forgot about a year ago have added up, and are now costing you your time. So what is the worse part about getting arrested? You’re going to miss out on your tattoo appointment.

You might be tempted to get a prison tattoo, but this would be a bad idea. There is no sterilization in prison. After choosing to not to make a poor choice in a tattoo artist, call us at Palmdale Bail Bondsmen and Bail Bonds. Once you do, we can get the ball rolling and hopefully have you out in time for your tattoo appointment. The agent will then ask you for information about yourself.

After answering their questions, our agent will be able to get you into our system and begin prepping the paperwork for posting the bond. Bail bonds cost 10% of their bail in the state of California. This means that if bail is set at $10,000, we will charge you $1,000 for the bail bond. To make things easier, we offer affordable payment plans and discounts.

After all of the paperwork is finished, we will setup a meeting with an agent to collect signatures. After the paperwork is complete and has your signature on it, we will post the bail. Then, it’s only a matter of time before the jail releases you,which will hopefully get you to your tattoo appointment on time.

If you have any questions regarding bail, just contact Palmdale Bail Bondsmen and Bail Bonds at call 661-272-0151 or click Chat With Us now.