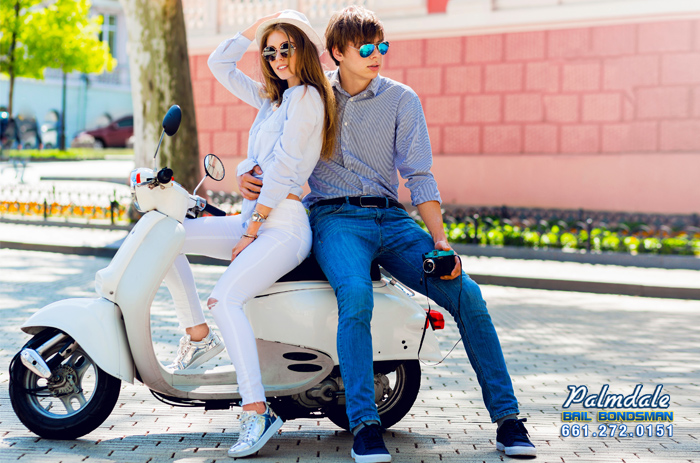 13 Apr Riding a Moped in California

Mopeds are a great source of transportation, especially for doing things like commuting to work when you live in the city. They are small enough to be easily stored, even in areas where parking a regular car or motorcycle is difficult. They sip fuel. And they are easy to handle.

Many people have found that they’re a cost-effective form of transportation.

If you’re thinking of using a moped as your daily commuter, there are a few things you should keep in mind.

If you’re planning on riding a moped in California, you have to be serious about protecting your brain. You don’t have to purchase an expensive motorcycle helmet, but state law requires that you do wear a bicycle helmet.

When you decide to drive a moped, you don’t have to worry about insuring the moped. That doesn’t mean you don’t have to worry about a driver’s license. In order to use the moped on public property, such as city streets, you do need an M1 or M2 class license. You also need to have a special license plate for your moped. The good news is that the license will only cost you $23 and it’s a one-time expense for as long as you own the moped.

Don’t assume that you’ll be able to drive your moped wherever you want. Legally, you’re only allowed to operate a moped on streets that have a speed limit of 25 mph or lower. That makes using the moped in rural settings difficult. You’re also usually allowed to use the moped on trails lanes that are designated for bike traffic. You’re not allowed to ride your moped on sidewalks.

Don’t assume that because you’re on a moped which is significantly less powerful than a car or motorcycle, that you can let down your guard and stop paying attention. It’s extremely important that you pay careful attention and drive defensively while astride your moped. Not only do you want to be aware of what everyone around you is doing so that you can avoid getting injured, but you also want to take care and make sure your actions don’t result in damaged property or in someone getting seriously hurt.

Never forget that while mopeds are small and cute, they’re still motorized vehicles and capable of a great deal of damage.