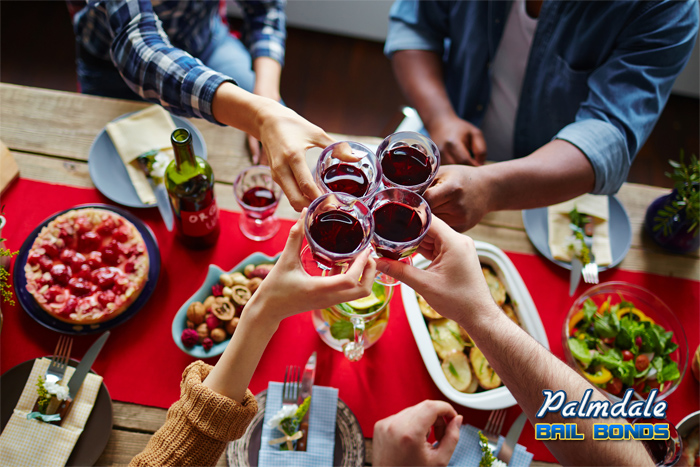 10 Nov Avoid a DUI This Thanksgiving

Halloween kicks off the holiday season and Thanksgiving is right around the corner. This is a time for family stories, great food, and football. Many of us use the few days at home to catch up with old friends that we rarely get to see.

Thanksgiving should be spent with friends and family. You shouldn’t spend it in jail facing DUI charges, yet that’s exactly what happens to many people.

There is something about the Thanksgiving holiday that inspires people to drink. This is particularly true the night before the actual holiday. Each year an astounding number of people are charged with DUI during the holiday weekend. In 2019, the California Highway Patrol revealed that a total of 867 DUI arrests were made over the Thanksgiving holiday. They also reported that there were 42 fatalities linked to traffic accidents. Shockingly, 41% of the fatalities happened to people who weren’t properly seat belted during the collision so in addition to not drinking and getting behind the wheel, make sure you’re buckled up.

Getting charged with a DUI will do more than ruin your Thanksgiving, it will ruin your immediate future. If this is your first DUI offense, you can:

The consequences of a Thanksgiving DUI go far beyond ruining the holiday, they can have a huge impact on the quality of your life the entire following year. Even once you’ve completed all the requirements connected to the legal system, you’ll likely have to deal with significantly higher insurance rates and the fact that you now have a criminal record.

When it comes to drinking and driving this Thanksgiving, it’s in everyone’s best interest to and error on the side of caution. If there is even the slightest chance that you could drink while you’re hanging with friends and family, take precautions and find a place to either crash or a way to get home safely. You should expect that the police will be out in force with their eyes peeled for drunk drivers.

Stay safe and have a lovely Thanksgiving.

Each year an astounding number of people are charged with DUI during the holiday weekend. In 2019, the California Highway Patrol revealed that a total of 867 DUI arrests were made over the Thanksgiving holiday.